“The president came to the church this morning to see things for himself. He met with Prophet T.B. Joshua and expressed his condolences to the bereaved families,” Ibrahim Farinloye of the National Emergency Management Agency told newsmen.

He said Jonathan promised to investigate the cause of the September 12 collapse of the guesthouse at Synagogue Church of All Nations (SCOAN) which left scores trapped in the debris.

Farinloye said the death toll now stood at 86 as against the previous figure of 84 after the various emergency teams involved in the operation had reconciled their figures.

“You are aware that several rescue teams at the state and federal levels were involved in the operations. We sat together and reconciled our figures which has now brought the death toll to 86. But those rescued still stands at 131,” he said. 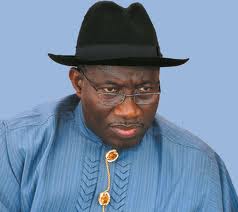