Colombia to Jail Travelers Who Lie in Ebola Questionnaire

Sergio Bueno, Colombia Immigration Director, warned that any traveler who lied in Ebola questionnaire upon arrival at Colombia's airports might face between four and eight-year prison sentence.

He said travelers must supply all the information required by border authorities when entering the country.

Bueno said this was one of the measures taken in an effort to prevent the Ebola epidemic from spreading into the South American country.

"A citizen may fall into an offense by failing to give complete information according to the protocol established by the Ministry of Health,’’ he said.

He said this was aimed at cooperating with other countries in Latin America to prevent the spread of the Ebola epidemic. 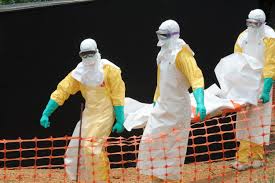