FREE Nigerian Business Directory
✅ NEW - get your business listed and your information shared across social media.
Ad
Confusion has hit the Lagos State chapter of the Peoples Democratic Party (PDP) ahead of the forthcoming local government elections as Ahmed Makarfi and Ali Modu Sheriff-led factions issued form for aspirants.

The local government elections is scheduled for July 22, 2017.

However, some aspirants are currently undecided on which of the camps to align themselves with.

Findings by Dailytrust revealed that Makarfi’s faction, led by Mashood Salvador, has higher number of followers while that of Sheriff, which has Segun Adewale popularly known as Aero Land as chairman, is trailing behind.

Salvador had recently met with the potential candidates where he reeled out instructions on the sale of forms. 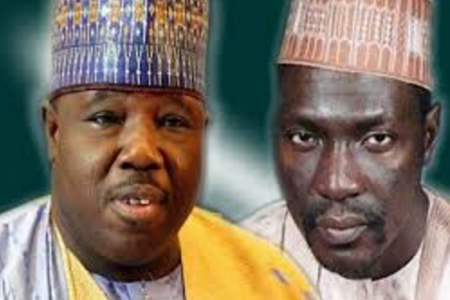 This was followed by the sale of the nomination and expression of interest forms to the aspirants.

He confirmed yesterday that he had sold forms worth N3 million to aspirants.

“Why will people buy forms from Salvador? Is Makarfi the one that got court judgement from the Appeal Court? So why will you go and buy form from Makarfi group? he queried.

Salvador, who also spoke with Daily Trust, however, said anyone who bought form from an individual other than at the PDP secretariat did so at his own peril.
Last edited by a moderator: May 1, 2017

Politics I wanted a female as running mate but she declined – Makarfi laments – Naija.ng