Mixed reactions have continued to trail the introduction of N4, 000 fee for the NYSC online registration for prospective corps members.

Some of the corps members serving in Abuja expressed their minds on the new process of mobilisation in separate interviews with the News Agency of Nigeria (NAN) on Monday.

While some of them said the initiative was a welcome development, other expressed concerns over the proposed fee of N4, 000.

Mr Isreal Okoye, corps member in the FCT, said the idea was commendable and could go a long way to reduce hardship being experienced by corps members in the course of registration.

According to Okoye, it is a good idea and very flexible, prospective corps members can be at home and print their call-up letters.

However, Mr Sheriff Baruwa, a Batch C corps member, said the new method should be allowed to stay.

He urged Nigerians to bear with the Management of the NYSC and accept the change, adding that some schools charged more than N4, 000 for the collection of call-up letters.

According to Baruwa, it is a very good measure because some schools charge more than N4, 000 to process student’s documents preparatory for the NYSC programme.

He said the change was a positive and must be allowed to continue in the interest of development in the NYSC.

On her part, Mrs Fatima Bala, also a Batch C corps member said the online processing was quite innovative and should be allowed to stay.

He urged critics of the new scheme to consider the stress prospective corps members go through to obtain their letters from their various institutions.

She, however, urged the management of the NYSC to reconsider its stand on the charges for the exercise, stressing that the agency could start with something smaller.

On the other hand, Mrs Faith Olokun, a Batch A corps member, expressed anger at what she described as insensitivity of the NYSC management.

According to Olokun, ``it is sheer exploitation of the Nigerian students and neglect of the plight of the teeming Nigerian youths who usually end up jobless after school.’’

She said the management of the NYSC should reconsider its position on the matter and reverse its decision to the old method of mobilisation.

According to her, the decision is not entirely bad but it is ill-timed and the fee could have been pegged at N 1,500 or less.

She said some Nigerians were not against the initiative in its entirety but the fee could have been reduced considering the economic situation in the country.

She acknowledged that the new process of registration had a lot of advantages but insisted that it could be done at a cheaper rate.

NAN calls that the NYSC had at different forum in Abuja defended the rationale for the new process.

The new mobilisation process has continued to generate debate amongst Nigerians in spite of desperate efforts by the NYSC to justify the N 4,000 fee. 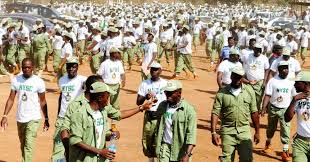