For Sale - One Bedroom Executive Flat - Lagos (NGN37m)
✅ NEW - car park, swimming pool, 24 hours light/security and more.
Ad
A group under the aegis of Coalition of Civil Society Groups for Integrity and Justice (CCSGIJ), has requested that the Inspector-General of Police, Ibrahim Idris should honourably resign his appointment, within 5 working days.

They said the allegations standing against the police chief were overwhelming, saying it was high time he exited the force to salvage the image of the country.

Mr. Ibrahim Idris had come under intense criticism lately, owing to avalanche of allegations levelled against him by the Senator representing Bauchi Central, Isah Hamma Misau.

Senator Misau alleged that the Inspector-General of Police was engaging in promotion racketeering and taking bribe as much as N15m before posting Commissioners of Police and State Mobile Commanders. 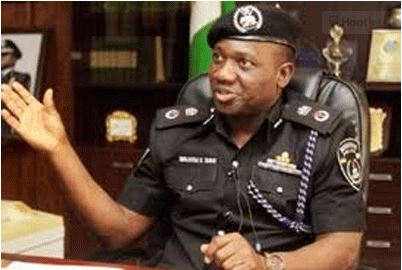 He said the Police Boss allegedly recieved N10bn monthly from oil companies and other private individuals who enjoy special protection from the security agency, as well as having an illicit affairs with female officers and arranging secret marriage with one ASP Amina.

At a joint press briefing in Abuja on Sunday, the coalition said “Mr. Idris has lost integrity and the moral standing to lead the Nigeria Police Force.

“That the Attorney-General of the Federation and Minister of Justice perform his duties creditably by advising President Muhammadu Buhari to remove IGP Idris from office within 5 (five) working days, from tomorrow Monday.”

The coalition also frowned at the continuous sealing off of the National Headquarters of the Peace Corps of Nigeria, since the arrest of some National officers of the Corps, February 28th, 2017.