It is an established fact that any person that is heavily drunk will always tell the truth on almost everything not because he prefers to but because under the influence of kai kai, the part of the brain that engineers lies usually gets totally incapacitated. However, many people are ignorant of the fact that inordinate ambition intoxicates even more than grade one ogogoro. Is this not clear from the running exchanges between the Rivers state governor, Chibuike Amaechi and his estranged right hand man who was also his erstwhile Chief of Staff, the current minister of state for Education, Nyesom Wike?

It is not true that the face-off between Amaechi and his former Chief of Staff (both Ikwerre) was as a result of Wike’s ambition to become governor or Amaechi’s statement that no Ikwerre man would succeed him in 2015. Both men will still need to disclose the truth about their disagreement. Can these two men be said to be “simply hungry for power and do not know how to go about it, except with money”?

During a recent tour of Obio/Akpor Local Government Area of Rivers state, the home LGA of the minister, Governor Amaechi accused Wike of diverting over N2 billion meant for the building of 14 model primary schools in the area during his saty at the Government House as the chief of staff to the governor. He also accused Wike of depriving Rivers people of good governance. 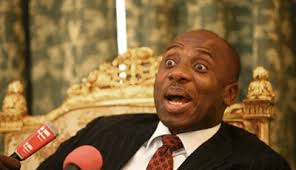