The Peoples Democratic Party, PDP and the presidency engaged in a tongue battle over corruption, with the opposition party daring the Buhari's administration to insitute a thruth commision of enquiry to probe utilisation of security votes back to 1984. 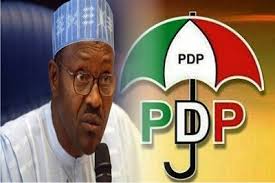 The acrimony was further worsened by assertions made by the Deputy President of the Senate, Senator Ike Ekweremadu that the country could be headed towards a revolution given the downward slide of the economy.
Share:
Facebook Twitter Reddit WhatsApp Email Link
[3149]
Show hidden low quality content