Cossy Orjiakor, Nollywood actress and singer whose raunchy antics and flagrant display of her boobs has won her a long list of critics and fans alike recently threw an open challenge to her male admirers as she reeled out a specific task to them adding that she would go on a date with the winner.

She began by admitting that she could no longer cope with the number of requests for intimacy she receives from young men. "The number of mails I get from young men wanting me to be their sugar mummy is getting too much. Hmm hustle harder, show me your skills. Skills like being a good cook. I love breakfast in bed. A good house keeper and a good driver, in all, you must be good looking... ‘I want a pix of you in the kitchen and the food you are making. I find men that can cook very sexy. I will retweet if the food looks appealing. Waiting..."

The game was set but unfortunately, none of her raunchy fans showed any active interest as made manifest from her update. "No one made the list so I wont be your sugar mummy. A simple pix of you cooking and the food showing would have won you a dinner date with me," she noted. 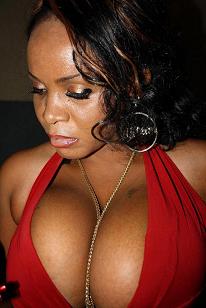