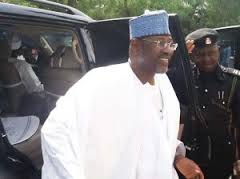 On Wednesday, the Council of State meeting presided by President Mohammadu Buhari has praised the former Chairman of the independent national Electoral Commission (INEC), prof. Attahiru Jega for his exemplary performance while in office as the INEC Boss, particularly during the 2015 General Elections in Nigeria.

This was disclosed by the Senior Special Assistant to the President on Media and Pubicity, Mallam Garba Shehu at the end of the meeting.

According to him, the Council was full of praise for Jega for presiding over elections that were generally accepted as free and fair globally.