FREE Nigerian Business Directory
✅ NEW - get your business listed and your information shared across social media.
Ad
The Federal High Court sitting in Abuja on Monday ordered that the former chief of defence staff, Alex Badeh be remanded in prison custody pending hearing on his bail application.

Badeh was arraigned before Justice Okon Abang by the Economic and Financial Crimes Commission (EFCC).

The defense counsel, Samuel Zibiri had earlier filed a bail application which was denied by Abang last werk before arraignment. In his ruling, Abang said it was inappropriate for an accused person to file for bail even before his arraignment. 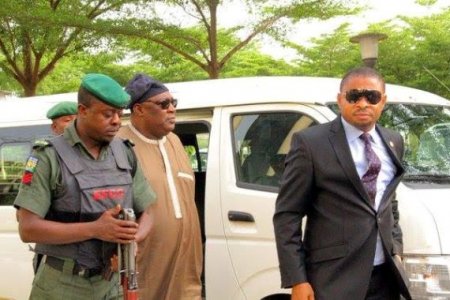 While Zibiri had also prayed the court to remand his client in the EFCC custody, Abang ordered that Badeh be kept in Kuje prison pending the hearing on his bail application.

The judge futher adjourned the matter to Thursday, March 10 for hearing on bail application. He also fixed Monday, March 14 for commencement of trial on a day to day basis.
You must log in or register to reply here.