Curators
FREE Nigerian Business Directory
✅ NEW - get your business listed and your information shared across social media.
Ad
Crowd of good samaritans came to the rescue of a man who was threatening to jump from a bridge.

The pictures reveal how a crowd gathered around the man who hung on the edge of the foot bridge in Golders Green, North London - and gripped onto him tightly, refusing to let him go.

Eyewitness Nigel Howard who also took the photos told Mailonline "The crowd wanted to see what was going on, but there was also a bit of frustration among others because people weren't even allowed to cross the bridge to get home.

‘’There were quite a few gasps and shocked faces, but a lot of people did not actually realise what was going on until it was pointed out to them."

A spokesman for the Metropolitan Police confirmed the man had been detained under the Mental Health Act. 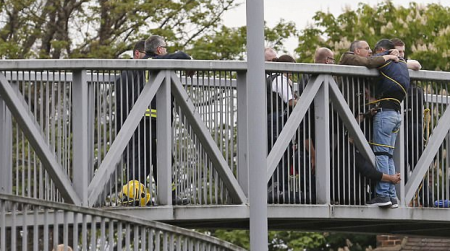 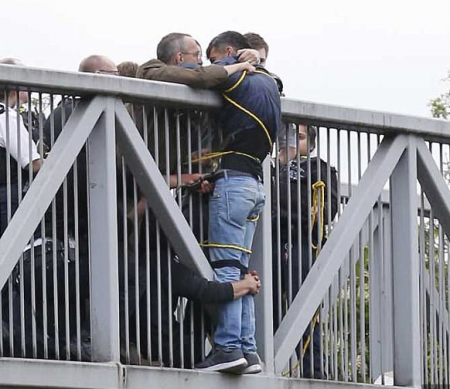 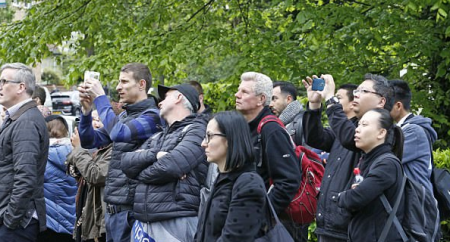 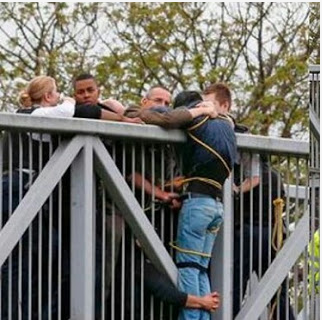 He would have jumped off before they get their
A

What is it that would make me contemplate on killing myself?
A

Thank God they caught him.
S

They shld ve leave him
U

Rose perpetual said:
He would have jumped off before they get their
Click to expand...

You bad ooo. Depression can make you do unthinkable?
U

A
Metro Lagos: Police Save Woman Attempting To Jump Into Lagoon From Third Mainland Bridge

Jan 17, 2017
PressRoom
P
A
Metro I Am Not The Orji Who Jumped Into Lagos Lagoon - Port Harcourt Based Nurse Disowns Viral Photo