For Sale - One Bedroom Executive Flat - Lagos (NGN37m)
✅ NEW - car park, swimming pool, 24 hours light/security and more.
Ad
Crude oil prices rose more than 3 per cent on Monday, hitting 30 months high, just as President Muhammadu Buhari is set to present 2018 budget estimates to the National Assembly with a proposal of $45 per barrel of oil next year.

The sharp rise in oil price came as Saudi Arabia’s crown prince cemented his power over the weekend with an anti-corruption crackdown, while the U.S. rig count fell and markets continued to tighten.

Both benchmarks are at their highest since early May 2015. 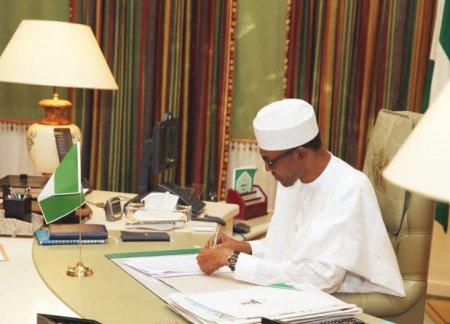 The Minister of Budget and National Planning, Udoma Udoma, in Abuja that the highlights of the MTEF showed government’s commitment to achieving seven per cent growth in the economy by 2020, in accordance with the National Economic Recovery and Growth Plan, NERGP.

The government is expecting the crude oil production capacity would make about 1.8 million barrels per day (regularly crude production), and 500,000 barrels per day of condensates, with the price projected at an average $45 per barrel next year.

On the exchange rate of the Naira, the minister said the rate would be about N305 to the dollar, as indicated by the Central Bank of Nigeria, CBN.