Certain reports are claiming that the Emir of Kano, Emir Muhammadu Sunusi II has been placed under a suicide watch.

Shortly after Sanusi Lamido Sanusi’s controversial ascension to the seat of Emir on June 8, 2014, of which some believed was a politically motivated appointment by the governor of Kano State, the occupant of the seat of Emir began exhibiting symptoms of severe clinical depression. The symptoms reportedly grew worse. According to our source, the occupant of the Emir’s seat, began having thoughts of suicide. “He is suicidal. He is secretly being watched by his close aides”, said the source.

The source pointed particular attention to the nature of the seat of Emir as being highly spiritual and/or traditional. “Not anyone can just mount the seat because he can or because he has political connections with the high ups” noted the source who went to explain that the former Central Bank of Nigeria Governor, Sanusi Lamido Sanusi may have not been the rightful heir to the throne of Emir of Kano in the traditional sense as understood by the elders and handlers of the traditional stool. He pointed to long laid down custom of selecting an Emir after the death of Emir. According to the source, when an Emir lasts in the office of Emir for up to 50years, his first son ascends to the throne automatically without contest. 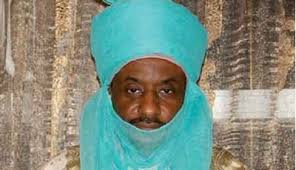 E
Metro Give birth to only children you can cater for - Emir of Kano, Sanusi tells Nigerians - LIB

Dec 27, 2019
ese
E
E
Metro Sanusi: The north will destroy itself if it doesn’t change - The Cable