Daphne died when the car she was driving exploded in Bidnija, a hamlet in north-central Malta. Her final blog post, accusing the prime minister’s chief of staff of corruption, had been published about a half-hour earlier. 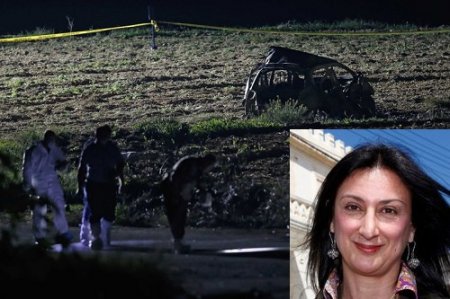 Ms. Caruana Galizia ran a popular and influential blog that helped cause a political crisis when she accused Prime Minister Joseph Muscat’s wife of benefiting from a secret Panamanian shell company that was used to deposit unexplained payments from Azerbaijan’s ruling family.

In a statement on Monday, Prime Minister, Mr. Muscat said he was shocked by the killing.

“I condemn without reservations this barbaric attack on a person and on the freedom of expression in our country,” he said in a statement. “Everyone is aware that Ms. Caruana Galizia was one of my harshest critics, politically and personally, as she was for others too. However, I can never use, in any way, this fact to justify, in any possible way, this barbaric act that goes against civilization and all dignity.”

Mr. Muscat said the national police and security forces had been instructed “to take every step necessary in the investigations” to find whoever was responsible.