Issuing the warning, Mark denied the wide spread statement credited to him, suggesting a ground plot to postpone the 2015 general elections.

In a statement signed by his Special Adviser, Media and Publicity, Mr Kola Ologbondiyan, in Abuja, Mark said, "I did not call for the forthcoming general election to be postponed".

Mark was reacting to a statement credited to the APC National Publicity Secretary, Alhaji Lai Mohammed, purporting that he (Mark) called for the postponement of the 2015 election. 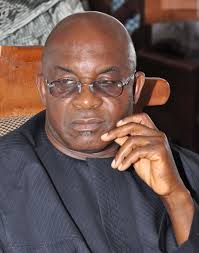 P
Politics Why I Was Invited By EFCC – David Mark