For Sale - One Bedroom Executive Flat - Lagos (NGN37m)
✅ NEW - car park, swimming pool, 24 hours light/security and more.
Ad
A debate appears to be currently brewing over Rivers State Governor, Rotimi Amaechi's speech at the 2014 edition of the Best of Nollywood (BON) awards as a section of the online community aver that the governor meant no harm while addressing Nollywood practitioners at the event while a few others argue that he allegedly insulted them but are yet to produce concrete evidence to back the claim.

According to an entertainment journalist, Hazeez Balogun, who was at the event while Amaechi addressed Nollywood practitioners, he explained how sad he became when he stumbled on the report on Linda Ikeji's blog that the governor allegedly insulted the practitioners adding that he expected bloggers to exercise more caution in their writings especially given that Ikeji's blog was recently shut down over allegations of plagiarism and recklessness in the presentation of facts.

"I believe bloggers especially those with large followership owe it to their readers to publish facts. Many, these days mask fiction as fact just to attract readership. Linda Ikeji started this and categorically stated that governor Amaechi of Rivers State insulted Nollywood actors whom he himself invited to port Hacourt for the BON awards. I was at that event and nothing of such happened. The governor was talking about the sad sate of the country saying many Nigerians including movie actors are doing what they do out of necessity. He even sited himself as an example. Linda Ikeji was not at the event so I'm surprised how she knows about what happened at the event more than those at the event. She must 'as always' have gotten her information from another blog and had done no other research or questioning to get hard facts. She just went ahead to publish a statement taken out of context... She should by now have learnt her lessons and put more effort in into what she puts on her blog. Many of her unsuspecting readers by now, will believe that the governor actually insulted his guests."

In its reaction, organisers of the event had debunked the reports and released a statement, in a bid to set the records straight. Read excerpts of the statement below:

“While we consider the report malicious, mediocre and outright falsehood on which the blogger thrives, it is expedient to however set the record straight.

“At no point did Governor Amaechi insult Nollywood practitioners. Instead, he commended them for growing the industry into a multi billion Naira industry without any form of institutional or government support.

“Nollywood, he says, now employs hundreds of thousands of Nigerian youths who, despite their qualifications, may have remained jobless because of the unemployment challenge in Nigeria, which has led to a situation whereby graduates of medicine, law and other such disciplines end up in Nollywood.

“At that point, popular entertainer, Okey Bakassi, interrupted the governor, saying he is an agricultural engineering graduate of the Rivers State University of Science and Technology, which threw the whole hall into laughter.

“The Governor then recalled that at the 40th birthday party of Kate Henshaw a while back, Basorge Tariah Jnr reminded her how they used to slap the streets in search of jobs and that it was Nollywood that rescued them.

“...At no point did the Governor say he gives Kate Henshaw money. He did, however, say that the state has contracted Mrs Joke Jacobs to turn Chinua Achebe’s political satire, ‘A Man of the People’, into a movie because of its inherent, timeless social message.

“After his speech, an excited Patience Ozokwor re-invited the Governor to the stage to co-present the Movie of The Year award.

“We wonder if the practitioners did indeed feel insulted, the Governor would still receive a standing ovation for stating that after his term in office expires, he would devote the next couple of years to reading and research and that one of the research topics he has chosen is the dynamism and evolution of Nollywood.

“The video of his full speech would be on social media platforms in a few hours.

“It is noteworthy to mention that despite starting behind schedule, Governor Amaechi sat through the awards which lasted over three hours.

“We therefore want discerning Nigerians to discountenance this ill-intentioned report as it is not only the product of warped reasoning and deliberate misinterpretation, it is most uncharitable to Governor Amaechi and demeaning to the Nollywood stars and stakeholders that were at the event”. 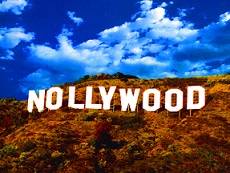 Curators
Who is the secret blogger that no one mentions?