The Defence Headquarters has once again, vowed to flush out "economic saboteurs" masquerading under whatever guise to perpetuate evils in the Niger Delta.

In battling the rampaging militants, Director of Defence Information, Brig.Gen R. Abubakar in a statement on Wednesday said; “As part of the constitutional mandate of the Armed Forces, the military will not jettison the confidence reposed in it by the good citizens of our great nation in ensuring that peace and security prevail in our land

“The military is not unmindful of the campaign of calumny against our soldiers by paid agents claiming that soldiers are harassing members of the public while performing their constitutional responsibility. It is pertinent to state that it is the same group of people that are wreaking havoc on the critical national assets that are blackmailing the Armed Forces and other security agencies to divert attention. 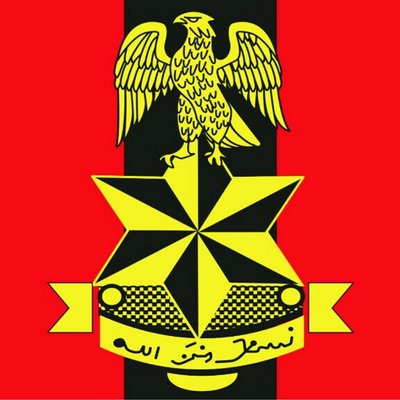 “The military and other security agencies will continue to discharge their lawful duties in the Niger Delta and any other part of the country in a most professional manner devoid of the claim by the criminal elements of harassment, intimidation and arrest. Our job is to secure infrastructural facilities and property of innocent citizens as well as containing the activities of criminal.

“The blackmail by sponsored persons would not deter the military from been focused and committed in its effort to fish out the vandals as the whole world is seeing what the so called Militants are criminally doing in the attacks of oil pipelines.

“The security measure put in place is not meant to intimidate any innocent individuals but to bring normalcy to our land. We urge the communities and well meaning Nigerians to cooperate with the security agencies in their bid to apprehend the perpetrators. The military would respond decisively in a professional manner at appropriate time, Abubarka said.