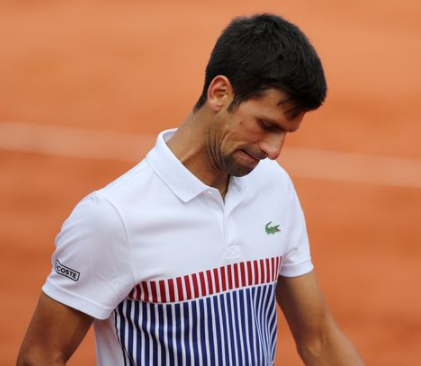 Austrian sixth seed Thiem sent the world number two crashing to his earliest loss in Paris in seven years with a memorable 7-6 (7/5), 6-3, 6-0 triumph.

It also piled the pressure back onto the 12-time Grand Slam winner to prove that he is still a contender at the majors following a second-round exit at the Australian Open in January.

"It's a dream to beat Novak for the first time and reach the semi-finals at Roland Garros again," said Thiem, who was beaten by Djokovic in straight sets in the semi-finals in Paris in 2016.

It was Thiem's first win over the Serb in six meetings.

"It was tricky today, it was windy and cold. It was important to move well and hit clean."

Thiem trails Nadal 4-2 in career meetings but remains the only man to beat the Spaniard on clay this year after winning in the Rome quarter-finals.
D