Politics Dele Momodu: Our Country And The Unknown Landlords

FREE Nigerian Business Directory
✅ NEW - get your business listed and your information shared across social media.
Ad
“I love my country I know go lie
Na inside am I go live and die
I know my country I no go lie
Na im and me go yap till I die…” 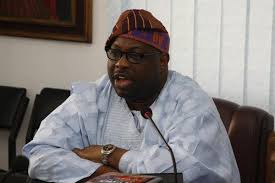 Fellow Nigerians, let me borrow that incredible song I believe was composed by Tunji Oyelana and produced in the Shehu Shagari era, around 1981. The National Party of Nigeria (NPN) was comfortably in charge and the ruling party had gone on spending spree. The situation got so bad, or so we thought, and Wole Soyinka and his irrepressible “conspirators” regaled us with satires. Stage plays were still popular in those days and the place to be, as a student at the University of Ife, was Oduduwa Hall, next to the Hezekiah Oluwasanmi Library. I will never forget “Opera Wonyosi.” Even now “The Beggar’s Anthem” still reverberates in my head. We thought we had seen the worst of our country then but the profligacy of that time pales into insignificance compared to today’s madness.

Late last year, the Federal Government announced that it would be pursuing a whistle blowing policy to encourage Nigerian citizens to inform, snitch or tell tales (depending on what side of the divide you are) on their fellow citizens who have been engaged in corrupt practices and secretly salted away money and property. The incentive for the whistle blower was that they would receive between 2.5% to 5 % of whatever the value of money or property recovered as a result of the information. On another day, I will deal with the politics, morality and efficacy of whistleblowing as a tool in the fight against corruption. On my own part, my major concern is the lack of protection other than financial reward offered to the whistleblower!

The serious season of the Whistle Blower started in February 2017 when EFCC operatives raided a building said to belong to Andrew Yakubu, former Group Managing Director of the NNPC. They recovered almost US$10 million dollars and £100,000 from a safe ensconced in a building deep in the outback of Kaduna. The Man subsequently walked into the offices of the EFCC and demanded for the money back contending it was a gift. As the matter is now in Court and thus sub judice, I will not enter the debate as to who, how or why?

The season continued in March 2017 with another discovery of money in Kaduna. The closure of the Nnamdi Azikwe International Airport, Abuja and its relocation to Kaduna led to this expose. Upon information received, security agents had intercepted a package at the baggage screening point at the newly refurbished and revamped Airport. Originally it was claimed that the money, which was found in five unmarked and unaccompanied bags, was in crisp new N200 and N50 notes. Investigations swung into full gear but till today we have not heard anything further about the investigations. The only information, if any, was that the money had been recovered as a result of the activities of a whistleblower. We certainly are none the wiser about the owners or the purpose of the money.

The season of anomie moved Southwards into Lagos, the commercial capital of the country, in April, when money was recovered in various locations there.

On April 7 a whistleblower tipped off the EFCC Lagos Zone that a large sum of money was stashed in an office building at the LEGICO Shopping Plaza in the Nigeria Air Force Complex in Victoria Island. When Operatives raided the office, they found almost N500 million in N1000 and N500 denominations in several “Ghana Must Go” bags. On enquiry it was discovered that the offices concerned were abandoned Bureau De Change (BDC) offices. The offices had apparently not been used for two years. As far as we know, efforts to locate the owner of the BDC has proved abortive and nobody has turned up to claim the money.

The next major heralded whistleblowing event occurred on April 10 when the equivalent of almost N250 Million in Naira and various foreign currencies was recovered in a Bureau De Change (BDC) in the popular Balogun Market area of Lagos. Although two people were apprehended, they claimed the money belonged to their unidentified boss from the Northern part of Nigeria. The real owner of the money and the BDC involved remain un-named.

However, the mother of all discoveries was apparently yet to be made. On 12 April 2017 Nigerians woke up to the revelation that more than US$43 Million, £27 Million and N23 Million was found in a flat in Osborne Road, Ikoyi. The discovery in Ikoyi has apparently opened a can of worms and it is not known who will be exposed and consumed by the debacle. Unlike the other unknown and un-named owners affected by the previous whistleblowing escapades, a few people have been touted as potential owners of the property and the money.

The first of the alleged owners was a former Managing Director who was recently fired from NNPC, Mrs Esther Nnamdi-Okagbue. She promptly dissociated herself from the money or the property and threatened that if she continued to be intimidated she would break her silence and cause cataclysm in the country. Next up was a former national Chairman of the PDP, Alhaji Adamu Mu’Azu who allegedly owns the property although it was claimed that a prominent Nigerian bank has foreclosed on it. The embattled former national Chairman immediately and stoutly denied any link with the flat in which the money had been found or the money itself.

The rumour mill then shifted attention to one of the foremost and frontline Ministers in President Buhari’s Government and a vociferous champion of the anti-corruption campaign, Rotimi Amaechi the Minister of Transport. Linked by satanic rumours with the vivacious Television presenter and media entrepreneur, Mo Abudu it is alleged that Amaechi owns the property and the money found in them. It is claimed that this is so because he bought two properties and gave one to his friend Mo Abudu. Mo Abudu has also issued a Press release in which she vehemently refutes the allegation that she is involved in a relationship with Amaechi or that she owns the flat in which the money was found.

Given my close relationship with Amaechi, I called him to ask about the story particularly as the Governor of Rivers State has claimed that the money belongs to his State. The State Government claims that the money was diverted funds from the sale of the State’s Gas Turbines to Sahara Energy for the price of US$319 Million. Amaechi’s reaction was one of incredulity. As he told me, “Bob Dee, you know that I have always told you I am not rich. How would I have access to that kind of money and look you in the face and say that!” In short, Amaechi denied anything to do with the money and told me that he knew the game his detractors were playing and that he would leave them to their conscience. I thought that he felt resigned to the fact that as one of the Poster Boys of this administration and his unflinching support for the President from the electioneering era till now, he was bound to be subjected to this kind of buffeting and earth-shattering allegations. Amaechi would never be forgiven by the PDP who believe that he sacked them from power because of the initial position he took at the Governor’s Forum which led to the fatal schism in the PDP.

To compound the matter and deepen the mystery, social media went agog with the news that the National Intelligence Agency (NIA) had claimed that the money was part of its operational funds which it had kept in the flat that it was using as a safe house in Lagos and that everything went through due process. It is unclear as yet whether this report is true or not but certainly, the plot thickens.

May the soul of Fela Anikulapo-Kuti continue to rest in peace. He had a song for everything, on different occasions. One of my favourite was “Unknown Soldier.” The song practically portrayed the inability of our government to unravel any major act of crime and the penchant for blaming it on unknown people, as if Unidentified Flying Objects (UFO) descended regularly on our shores to wreak havoc. Fela’s song was so poignant and unforgettable. As I received the news of the huge sums of dollars being busted in some people’s homes and offices in Nigeria, my mind flashed back to Fela and how he would have composed a song titled UNKNOWN LANDLORDS.

Believe me, our country is super unique. Where else can anyone keep about $50 Million US Dollars in raw cash? The mere sight of that would have made regular people to faint, collapse and probably die instantly but not here. When God created us, he installed a certain shock-absorber in us that makes it impossible for us to shake or panic in the face of horrendous encounters.

It is curious that the EFCC claims that in all of these matters it has been tipped off by whistleblowers yet those people have seemingly not been able to provide the identity of the owners of the money or even the property in which the money was found. Wouldn’t any rookie investigator first ask those questions before hotfooting to the scene of the alleged crime? Would you not stake out the place to find out who comes and goes as well as to be sure that you are not walking into a trap? Except it is a deliberate strategy to keep the names for now but why mention some publicly and hide others?


It appears that these mysterious landlords and owners of money are cloaked with some kind of aura or “aferi” (rarefier) that makes them invisible to the eyes of the EFCC but otherwise apparent to everyone else. Many are wondering what is happening at EFCC. The conspiracy theory out there is that the Acting Chairman of the EFCC is simply raging around like a bull in a china shop seeking to find prized heads he can hoist on his stick or at worst pull down with him if he finally has to fall on his sword? The sing-song is that Magu wants his job substantively by all cost and any means. Why not? He has every right but he needs to straighten up his prosecution desks and ensure that the cases are well handled in the law courts and less of the theatrics that we see daily as if that is what this anti-corruption fight is all about when it should be much more. If care is not taken, this extraordinary battle may fizzle out and end miserably like all others before it.

It seems like the circus has come to town and the unknown landlords like the masquerades of yore will never be unmasked. To do so might forebode bad tidings for an already beleaguered government. It is now obvious that corruption is not easy to fight in a country where it has become so endemic and malignant. We wait with bated breath for developments in the saga of the unknown landlords!

Politics Atiku VS Buhari: If MKO AbiolaÂ could be turned from the winner to a prisoner, nothing can shock me again – Dele Momodu – Linda Ikeji’s Blog