FREE Nigerian Business Directory
✅ NEW - get your business listed and your information shared across social media.
Ad
The speaker of the Delta State House of Assembly, Chief Monday Igbuya, was on Thursday morning impeached over allegations of financial misappropriation and highhandedness.

Rt Hon Sherriff Oborevwori, who represents Okpe constituency in the House has been elected as the new Speaker. 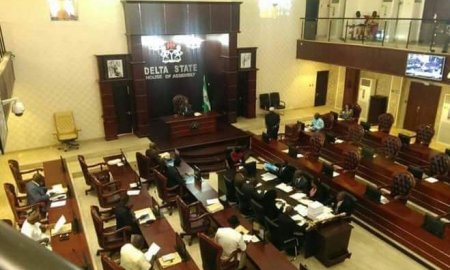 At the end of the sitting, which started about 7:06am which was against the usual 10am for sitting by the House, and fully attended by members excluding the impeached principal officers, the new Speaker and other members proceeded to the Government House to intimate the state Governor, Dr. Ifeanyi Okowa, of the changes in the house leadership.

According to PUNCH, the governor was still at a closed-doors meeting with the assembly members as at this time.
J

So soon to replace.