In a statement to the London Stock Exchange, the firm says:"Afren has entered in to settlement agreements with Mr Shahenshah and Mr Ullah which release them of claims relating to the unauthorised payments. As a result of such settlement, the company has agreed not to pursue legal proceedings against Mr Shahenshah and Mr Ullah in connection with the claims relating to the unauthorised payments."

Former-CEO Osman Shahenshah and chief operating officer Shahid Ullah were dismissed for gross misconduct after a review by law firm Willkie, Farr and Gallagher which found the pair guilty of breaking various compliance protocols, such as receiving payments from a third party and squirreling away millions in a special purpose vehicle.

Shahenshah and Ullah reportedly received an illegitimate payment of $45m from one of the firm's partner companies, and used the funds to pay themselves and their colleagues unauthorised bonuses. 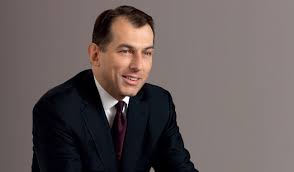