The Speaker, who praised Governor Adams Oshiomhole for providing educational support for the IDPs, said lack of adequate education caused the problem of Boko Haram in the northeast.

He spoke at the camp where he attended church service and provided relief materials to the IDPs. 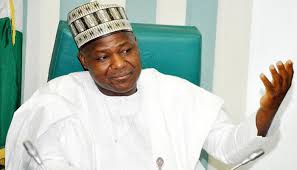 Dogara said he was paying for WAEC, NECO and JAMB examinations from his purse to enable the children get university education.

The Speaker called for an international donor conference to help deal with Boko Haram insurgency and resettle the IDPs.

He expressed hope that the IDPs would soon return home after adequate security has been provided and situations that drove them away tackled.