Nnamdi Kanu, leader of the Indigenous People of Biafra (IPOB), says his group will continue to hold Nigerian politicians accountable.

Speaking in an interview aired on BEN TV London, Kanu said very soon, all Nigerian governors who have refused to pay workers’ salaries but “travelling aimlessly across the world” would be stopped from doing so.

He also described the assault on Ike Ekweremadu, former deputy senate president, as a “family matter”. 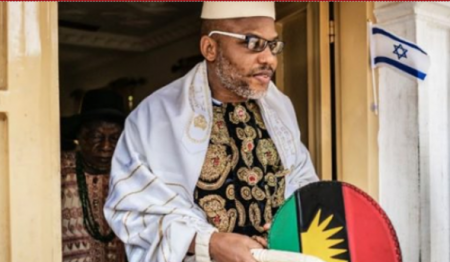