FREE Nigerian Business Directory
✅ NEW - get your business listed and your information shared across social media.
Ad
Republican Donald Trump has said he would easily beat Democratic rival Hillary Clinton in a presidential contest for the White House.

The businessman with no political experience convincingly won the New Hampshire primary and has now laid out his strategy to go all the way.

Elsewhere, Republican Carly Fiorina has announced she is dropping out of the race after getting just four percent of the vote.

South Carolina is next in the state-by-state contest to be Republican pick.

In the Democratic race, Nevada provides the next challenge, with Vermont Senator Bernie Sanders keen to carry on his momentum after a stunning victory over Mrs Clinton in New Hampshire.

But Trump dismissed him as an unlikely nominee because of his proposed tax increase, and focused instead on the former secretary of state and first lady. 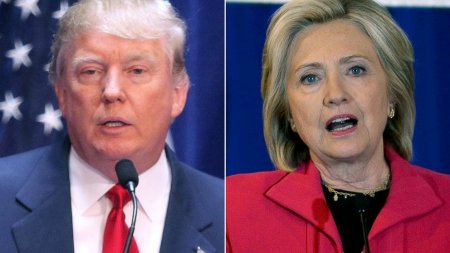 “Polls are showing that I will beat Hillary Clinton easily,” he told CBS on Wednesday morning, before outlining his strategy to win states that traditionally have backed Democratic presidential candidates.

“I have a chance of winning New York. You know, you look at these politicians they always talk about the six states – you’ve got to win this one, that one. You have to win Ohio, you have to win Florida.

He denied he was unstoppable in the race to win the Republican nomination, however, and paid tribute to his friend New Jersey Governor Chris Christie, who is subject to speculation he may drop out after a poor showing in New Hampshire.

“I thought he was very effective. And I was surprised he didn’t do better,” said Trump.

- TVC
You must log in or register to reply here.