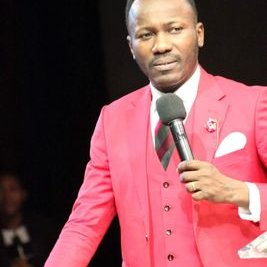 A security source at the DSS told The PUNCH that Suleiman was equally told by security operatives to know that his follower-ship cut across Christianity and Islam and should therefore mind the way he speaks.

The source stated, “We asked him why he made such a provocative statement and he defended himself.

“He (Suleiman) said he made the statement based on available information that some herdsmen were planning to attack him and that he merely asked his church members to defend him and the church property.

“He said he knew, but added that the government needed to do much more and that he was not out to cause religious crisis but was merely expressing his anger at the refusal of government to take actions that he said could reasonably convince Nigerians that it (the government) is not partial.”

The source, who spoke on “strict confidence”, said both parties also agreed not to speak with the media on the outcome of the interrogation.