A Federal High Court sitting in Akwa, Anambra, had also asked the service to apologise to El- Rufai.

In a statement signed by its spokesperson, Marilyn Ogar, in Abuja, the DSS said that although it held the service, the Judiciary and its sanctity in high esteem, it would appea the judgment.

"The Instrument setting up the Service and the 1999 Constitution of the Federal Republic of Nigeria as amended gives the Service statutory powers to detain and investigate any suspect for not more than 48 hours before recourse to a Court of Law.

"In this instance, the complainant was not confined or detained for more than two hours.

"If we cannot intercept, detain and investigate, then we will, with due respect, be operating like any ministry of the Federal Government. It is also pertinent to clarify that the Service never imposed a general restriction on movement during the elections as averred," it said. 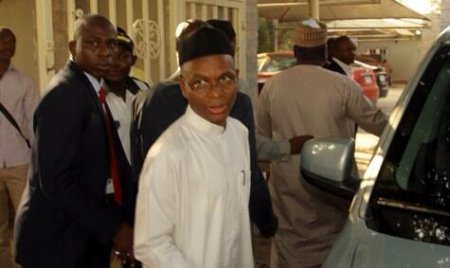