Ebola Has Been Contained in Nigeria & Senegal - WHO

An outbreak of Ebola in West Africa has been largely contained in Senegal and Nigeria, the World Health Organisation (WHO) said on Monday, but the disease is still spreading elsewhere and has now killed over 2,811 people in West Africa.

"On the whole, the outbreaks in Senegal and Nigeria are pretty much contained," a WHO statement said.

Senegal and Nigeria, the most recent of five nations to record cases of Ebola, implemented strict measures to isolate the ill and track down further possible cases -- steps that Guinea, Liberia and Sierra Leone have failed to impose, allowing the disease to take hold in cities and rural communities.

In Nigeria, 20 cases were recorded and eight people died. There have been no deaths from one confirmed case in Senegal.

Sierra Leone said it had registered 130 new cases of Ebola during a three-day national lockdown that ended late on Sunday, the most radical move yet to try to contain a disease that has killed around half of those it infects and is crippling some of the weakest countries in West Africa.

The current outbreak was first identified in the forests of southeastern Guinea in March and then spread into neighbouring Liberia and Sierra Leone, where it overwhelmed weak national health systems. 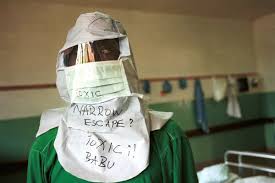 Metro WHO commends Nigeria’s preparedness against ebola, others – The Guardian Nigeria News