Indian Health Minister Harsh Vardhan on Tuesday says a surveillance and tracking system similar to that in Nigeria, which was declared Ebola-free by WHO, has been put in place by the country, according to NDTV.

In an official statement, he assured the country of several measures put in place to prevent an outbreak of the virus, saying India has pulled out all stops to upgrade its equipment and train health staff and is in process of strengthening them.

He added that all international airports and sea ports will soon be fitted out with thermal scanners and other detection equipment for round-the-clock deployment.

The use of thermal scanners, which he said made Nigeria's success possible, is widely prevalent in most of the 15 major airports, often two in each, Mr Vardhan said.

The government will purchase more such scanners, which are meant to detect high body temperature, an Ebola symptom, and install them over the next few days at airports and sea ports.
Health authorities at Indira Gandhi International Airport also conducted a mock drill today to test the alertness of the Ebola detection centre. Similar tests will be carried out at all airports in the country within a few days and at regular intervals, the statement said.

India has not reported any case of Ebola. 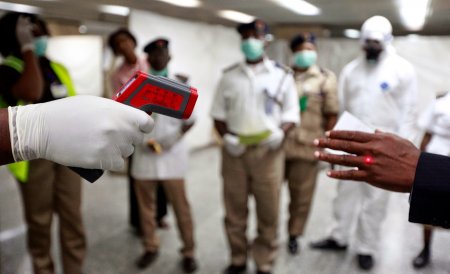 General Things to look out for, while performing a home inspection