The #Ebola virus is spreading at an alarming rate in Liberia with people dying from the virus on a daily basis. In an effort to salvage her nation from the scourge of the deadly virus, Liberian president, Ellen Johnson Sirleaf has implored President Obama of the United State for assistance.

The president of Liberia, Ellen Johnson Sirleaf, has implored President Obama for help in managing her country’s rapidly expanding Ebola crisis and has warned that without American assistance the disease could send Liberia into the civil chaos that enveloped the country for two decades.

In a letter on Tuesday to Mr. Obama, Ms. Johnson Sirleaf wrote that “I am being honest with you when I say that at this rate, we will never break the transmission chain and the virus will overwhelm us.” She urgently requested 1,500 additional beds in new hospitals across the country and urged that the United States military set up and run a 100-bed Ebola hospital in the besieged capital, Monrovia.

Infectious disease experts have sharply criticized as inadequate the Obama administration’s response to the Ebola crisis, particularly in Liberia, a country founded by freed American slaves. Global agencies like the World Health Organization and the United Nations have also come under criticismfor responding too slowly to the Ebola outbreak. 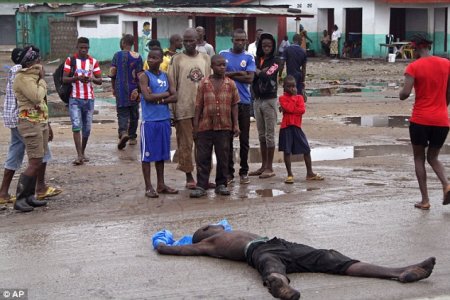