Health officials in Dallas on Wednesday say a second health worker in the US state of Texas has tested positive for the Ebola virus, BBC reports.

Both health workers treated Liberian man Thomas Duncan, who died last week after becoming the first person diagnosed with Ebola in the US.

Daniel Varga, the chief clinical officer of hospital operator Texas Health Resources, told a joint news conference that she was involved in the care of Mr Duncan and was exposed to the virus sometime during his treatment.

"We are preparing contingencies for more, and that is a very real possibility," he said.

Dallas mayor Mike Rawlings said it might take time to deal with the outbreak, but the authorities were "not fearful".

"We can only beat this moment by moment, person by person, detail by detail," he said at the news conference.

"It may get worse before it gets better, but it will get better."

Last weekend, officials announced nurse Nina Pham, 26, had been exposed to Ebola at a Dallas hospital when she treated Mr Duncan.

Meanwhile, the UN's Ebola mission chief says the world is falling behind in the race to contain the virus. 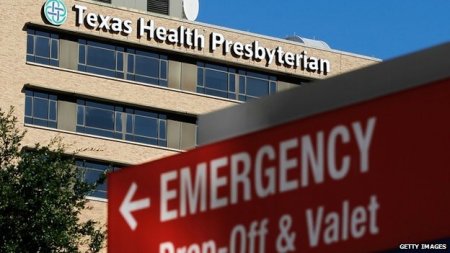 Oct 13, 2014
LequteMan
L
A
Metro Zika Virus: What Brazil Can Learn From the Way I Handled Ebola - Goodluck Jonathan