At least two students from Nigeria who applied to a Texas college were denied admission because of "Ebola concerns", although Nigeria has been free of the virus for more than a month, CNBC reports.
.
Excerpt:

Kamorudeen Abidogun, a Texas man originally from Nigeria, said he received two letters from Navarro College, a two-year community college with a campus about 58 miles from Dallas.

"I received, last weekend, two rejection letters...saying the reason why they were not giving admission was...Ebola," said Abidogun, who is a mechanical engineer. He said he was "disappointed" in the school's stated policy.

Idris Bello, a Nigerian who lives in East Texas, tweeted a photo of the letter to bring attention to the situation. Bello, in an interview with CNBC, called the college's purported policy "embarrassing." 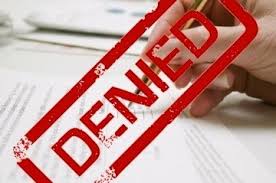