Ebola Vaccines Ready for Limited Public Distribution by Early 2015- WHO

As West Africa continues to battle the deadly Ebola virus, the World Health Organization is upping efforts to provide better means of treatment of people infected with the virus.

Marie Paule Kieny, WHO Assistant Director General for Health Information and Systems, on Friday said potential vaccine against the Ebola virus might be ready for limited distribution in January 2015.

According to her, there are several potential candidate vaccines but the WHO is focusing on two.

She said WHO is working with clinicians, regulators and both companies to accelerate the clinical trials of these vaccines, according to Xinhua News Agency.

She hoped WHO will have initial results on both of these potential vaccines by the end of the year and that, if everything goes well, vaccines should be available for limited groups of people, including medical staff, at the beginning of next year.

Currently there are no vaccines or medicines approved by national regulatory authorities to tackle Ebola, except for the purpose of compassionate care.

In August, a group of experts, convened by WHO, reached consensus that the use of experimental medicines and vaccines under the exceptional circumstances of the Ebola epidemic is ethically acceptable.

As of Sept. 21, the total number of cases attributed to Ebola virus disease in Guinea, Liberia, Sierra Leone, Nigeria and Senegal has reached 6,263, including 2,917 deaths. 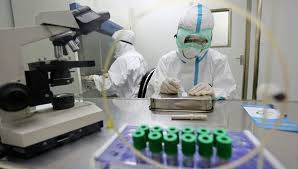