The Economic Community of West African States (ECOWAS) has once again refused to sign the Economic Partnership Agreement (EPA) with the European Union (EU), a Ghanian media reported on Monday.

The media report said the refusal was contained in a communique issued at the end of the 44th Ordinary Session of Heads of State and Government of the ECOWAS Authority held in Yamoussoukro, Cote d'Ivoire on Saturday.

It said some states found issues with technical matters about the agreement, compelling the heads of state and government to shelve the signing of the deal. This was in spite of the fact that West African leaders had reaffirmed their strong commitment to the agreement and endorsed its conclusion in principle.

The authority directed the chief negotiators to take steps to address the issues raised within two months before appending their signature to the EPA.

"The authority also directs the chief negotiators to establish a committee, including representatives from Nigeria, Ghana, Senegal and Cote d'Ivoire, to look at issues raised and present the final outcome to the Heads of State and Government", the communique stated.

The EPA is a trade and development agreement negotiated between the EU and African, Caribbean and Pacific countries engaged in regional economic integration process.

It aims among other things, to help countries in regional and sub-regional blocs to integrate into the world economy and share in the opportunities offered by globalisation.

Addressing a news conference later, Ghanaian President John Mahama, who was elected the new ECOWAS Chairman, said though the leaders agreed in principle to the agreement, they needed to negotiate an agreement that would be beneficial to their people.

In Ghana and other West African countries, religious and farmer-based groups have opposed the signing of the agreement by ECOWAS, saying it would worsen the economic problems of their countries.

The ECOWAS communique, which was read by ECOWAS Commission President Kadre Desire Ouedraogo, also touched on regional economic performance and consolidation of the common market.

The heads of state stressed the need to step up economic growth to sustain employment and facilitate the achievement of the Millennium Development Goals (MDGs).

"To sustain the good economic prospects in the region, the authority urges member states to pursue efforts toward putting in place sound and stable macroeconomics frameworks,’’ it stated.

The authority renewed its commitment to ensure peace and security in the sub-region through good governance and democracy.

Ministers of trade and negotiation experts of the ECOWAS on May 12, 2011, decided against acceding to what they termed "unreasonable" demands from the EU over their EPAs.

The decision, reached at a meeting of the Ministerial Monitoring Committee (MMC) on EPAs stalled further negotiations with the EU.

The MMC, therefore, urged the authority of the heads of state and governments of ECOWAS to take up the matter, taking into account the guidelines on divergences observed within the framework of the Special Summit of Heads of State on the EPAs.

A copy of the conclusions and recommendations obtained by Xinhua noted the concern of the MMC over the decision by the EU to amend a rule on access to the European market.

It stipulated that countries which had concluded EPAs would benefit from provisional and early applications for trade preferences ahead of steps they should have taken to ratify these interim agreements. 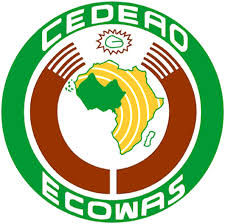