World ECOWAS To Jammeh: Step Down Tomorrow Midnight Or...

The Economic Community of West African States (ECOWAS) has given the embattled President of The Gambia, Mr. Yahya Jammeh, till midnight tomorrow to vacate office and hand over power to the country’s President-Elect, Mr. Adama Barrow, or be ousted by force. 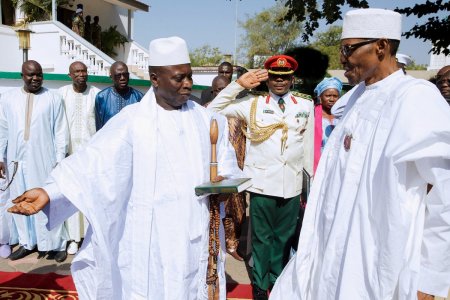 Efforts by Jammeh to erect a legal hurdle in the way of the ECOWAS-backed inauguration of Barrow suffered a serious setback on Monday as the country’s Supreme Court declined to hear an application by his party to that effect.
Share:
Facebook Twitter Reddit WhatsApp Email Link
[9833]
Show hidden low quality content
You must log in or register to reply here.