Curators
FREE Nigerian Business Directory
✅ NEW - get your business listed and your information shared across social media.
Ad
Edo State House of Assembly today swear in Mrs. Elizabeth Ativie, as the new Speaker of the House.

Ativie was sworn in on Monday by the Clerk of the House, Mr. Lawson Ugiagbe, in the presence of other members of the sixth Assembly, including former speaker, Edoror. 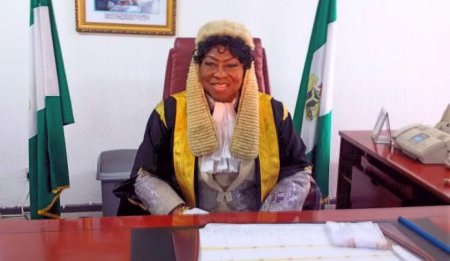 She becomes the first female Speaker of the Edo State House of Assembly.

Shortly after her swearing in on Monday, the new Speaker appreciated the lawmakers for expressing confidence in her leadership.

She promised to lead the six Assembly with transparency, adding that the House would work tirelessly with other arms of government to ensure that the state reaches an enviable height.
You must log in or register to reply here.