He was in his usually eloquent form, vehement against injustice and flayed the impunity of former Chairman of PDP in his home Delta State. Citing the case of the recent changes in the State chapter of the party following the resignation of the ex-Chairman Mr. Peter Nwaobosi who is contesting for the Delta North Senatorial ticket, Clark said, “I want to say so many things have been happening in this State as if we do not exist, as a people, as party men. The second thing that happened recently was when a group of people sat down in Asaba to appoint a successor to the State Chairman contrary to section 45 subsection 1 to 4 which says that when a Chairman resigns, he hands over to the Deputy and the Deputy will now call a meeting and then they will elect a new person from the Zone. That was not done! Because Nwaobosi wanted somebody to pocket, and Uzor (acting Chairman) has been his boy.. PDP is not a family party, so we are going to oppose that one..It will not happen! The law must be followed. Otherwise there is no need for a constitution! If you can do whatever you like without the constitution, you will be faulted. The implication is far wide…anybody who has to be attested to or whose candidature have to be stamped by the State Executive…If this issue is not corrected, your opponent will go to court! That the Executive that supported you or attested to you is illegal! So we are going to press for the correction.”

Pa Clark called for a level playing field in the primaries reiterating that neither he nor Delta State Governor, Dr. Emmanuel Uduaghan can impose a candidate on the people. 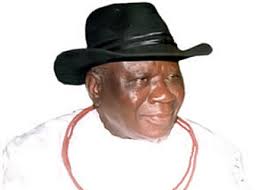