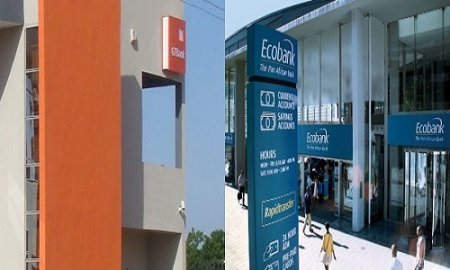 Ekiti State Government on Wednesday sealed off the premises of the Guaranty Trust Bank (GTB) and Ecobank in the State for non-remittance of withholding tax.

According to the Guardian, the men of the Board of Internal Revenue (BIR) stormed the banks around 7.45 a.m, and barred staff and customers from entering premises. The men were said to have been ordered by the court.

The closure which caught the bank staff and customers unawares saw the customers agonising over the failure of the banks to remit the tax to the government’s coffer.

Apart from the doors to the banking halls, the gates of the two banks were firmly locked by the revenue officials.

One of the officials of the banks said the affected banks had issues with the state government over their refusal to give money to government contractors handling rehabilitation of the Secretariat Road where they are located as part of their Corporate Social Responsibility (CSR).

Source: Guardian
Last edited by a moderator: May 27, 2016
You must log in or register to reply here.