Members of the Shi’ite group, on Saturday, took over the streets of Abuja to demand for the release of their leader, Sheik Ibrahim El-Zakzaky, being held in custody since 2015.

The group which had been embarking on peaceful protest in the Federal Capital Territory Capital (FCT) since 2017, and holding their sit-outs at the popular Unity Fountain, on Saturday, occupied the roads leading to the National Assembly to carry out their protest. 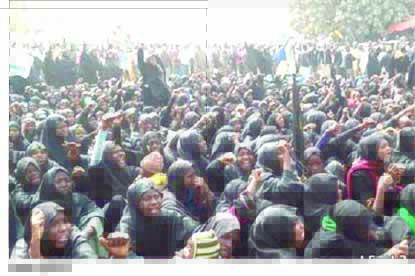