The Emir of Keffi, Alhaji Mohammdu Chindo Yamusa II, is dead. The monarch died peacefully in the early hours of this morning in his palace in Keffi, Keffi local government area of Nasarawa state, Leadership newspaper reports.

A statement by his brother, Alhaji Abubakar Gada Mohammed, Dan Galadiman Keffi, said the royal father passed on at about 3am on Friday after a brief illness. 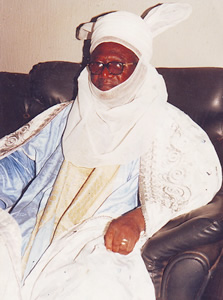 Mohammed who described yhe demise of his brother as shocking, said the late emir who died at over 70 years assumed the prestigious throne in 1978.