FREE Nigerian Business Directory
✅ NEW - get your business listed and your information shared across social media.
Ad
Sunderland defender Emmanuel Eboue has been banned from all football by Fifa for one year or until he pays money owed to a former agent.

The former Arsenal full-back, who joined Sunderland on a free transfer on 9 March, was first ordered to pay the undisclosed amount in July 2013. 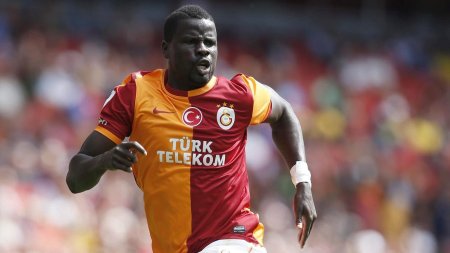 The 32-year-old is yet to make a first team appearance for Sunderland.

"Mr Eboue was ordered to pay [in 2013] the players' agent Mr Sebastien Boisseau an amount owed to him based on the representation agreement between the two parties," Fifa said in a statement.
You must log in or register to reply here.