Sports England vs Wales: 5 Things We Learnt From the Match

Curators
England beat Wales 2-1 in their second Euro 2016 Group B game in Lens on Thursday. Here AFP Sports looks at five things we learnt from the match. 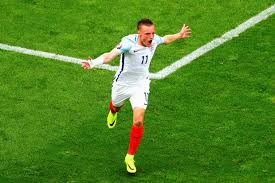 1. Sturridge, Vardy should be starting

England did not entirely convince in a 4-3-3 formation against Russia in their opening game in Marseille, but manager Roy Hodgson opted against making any changes at kick-off in Lens, whether tactical or in terms of personnel. Hodgson however swallowed his pride and acted quickly to change things around at the break with the introductions of Jamie Vardy and Daniel Sturridge in place of Kane and Sterling. Within 10 minutes those changes had paid off as Sturridge helped set up the equaliser for Vardy. England switched back to a front three for the closing stages after Marcus Rashford came on, but Sturridge came up with the last-gasp winner. Sturridge and Vardy have surely earned starting berths now for the final group game against Slovakia.

Gareth Bale made headlines off the field in the build-up to the game, irking the England camp by claiming none of their players would get in the Wales team. If England refused to be drawn into a war of words, few would doubt that Real Madrid star Bale is currently the leading British player. He was disappointingly quiet for much of Thursday’s game but his free-kick from fully 35 yards that put Wales in front shortly before half-time was a brilliant strike. His 21st goal for his country, it came at the same end of the same ground where David Beckham dispatched a stunning free-kick as England beat Colombia 2-0 at the 1998 World Cup.

What a few months it has been for Manchester United’s teenage striker Marcus Rashford. And after the new contract at Old Trafford and the call-up to the England squad for the Euros, on Thursday he claimed a new record. His second-half introduction in place of Adam Lallana allowed him, at 18 years and 228 days, to become England’s youngest ever player at a major tournament, beating Wayne Rooney’s previous mark set at Euro 2004.

“Don’t be surprised if someone sees red,” warned England’s former World Cup referee Graham Poll in a column in the Daily Mail newspaper ahead of the game. But the German official was anything but card-happy as he opted to let the match flow. That created moments of controversy, as England had two penalty appeals waved away in the first half. First there was a Ben Davies push in the back of Dele Alli, and then a blatant handball by the same Wales player in the six-yard box as he grappled with Harry Kane. Had England not come from behind to claim the win they may have looked back at those calls with greater regret.

Joe Hart may be the most relieved of all the England players at the final result. Daniel Sturridge’s winner means he will take the headlines rather than the Manchester City goalkeeper. Hart was undone by Gareth Bale’s free-kick that put Wales in front. It was a great strike by Bale but Hart could only help it on its way in. On Twitter, former Manchester United goalkeeper Peter Schmeichel, a European Championship winner with Denmark back in 1992, led the criticism of Hart. “Re Bale goal look at the wall,” he wrote. “That’s the biggest mistake by Hart, dont put one up. If he doesn’t he can start in the MIDDLE of the goal. So even if the ball is all over the place he can move quicker. Also the wall becomes a target only 10y (yards) away, gives better aim for Bale.” It was no David Seaman in 2002 or Robert Green in 2010, but it was a moment to forget for Hart all the same.