Pastor Ralph Nwoye of the Christ Ascension Church has just been confirmed by the Enugu state house of Assembly as the new Deputy Governor of the state.

PREMIUM TIMES reported that Nwoye's name was forwarded to the Assembly on Wednesday. Very little is known of Nwoye's political history but he is said to be a former caretaker local government chairman in the state. 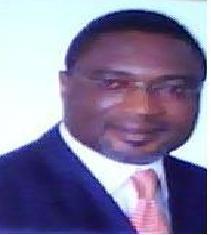 No fifth term for Ekweremadu, says APC – The Guardian Newspaper