Eden Hazard and Thomas Vermaelen have survived injury scares for Belgium to be in contention for their Group E clash with Italy on Monday.

The Belgium captain Hazard was forced out of Friday's behind-closed-doors session with a foot injury after he was stood on.

But the Chelsea forward, who discovered form towards the end of a disappointing campaign at Stamford Bridge, is expected to recover to lead his country against Italy at the Stade de Lyon.

Vermaelen, who was considered a doubt earlier in the week, has also recovered and is ready to start against the Azzurri.

"Thomas has done well in training over the last days and is completely ready for the battle. He has no more problems," Wilmots added.

Italy on the other hand, were beset by injury problems before the tournament and travelled to France without the influential Marco Verratti and Claudio Marchisio.

Manager Antonio Conte, who is thought to favour partnering Southampton striker Graziano Pelle with Inter loanee Eder on Monday, is relying on a Juventus back line of Leonardo Bonucci, Andrea Barzagli and Giorgio Chiellini in front of Gianluigi Buffon in goal to keep out Belgium's attacking riches.

"It's definitely an advantage to be able to rely on four players from Juventus who have played together for a long time in defence, and of course we are building something solid on this basis," Conte told UEFA.com.

"But as I said before, I like to adopt a proactive style of play and for this, balance will be important, both in attacking and defending." 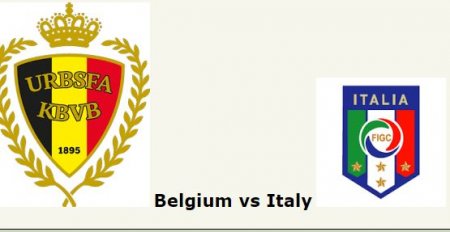 Italy are unbeaten in their three games with Belgium at major tournaments (W2 D1), including two European Championships matches (0-0 in 1980, 2-0 to Italy in 2000).

The last five encounters between Belgium and Italy have produced 18 goals, an average of 3.6 per game.

Italy were one of four teams (alongside Austria, England and Romania) to remain unbeaten in the 2016 qualifying campaign.

Wilmots and Conte were in the starting line up the last time Belgium and Italy faced each other at Euro 2000.

Italy have drawn more games than any other side in Euro history (15). They have also recorded the most goalless draws (8 ).