FREE Nigerian Business Directory
✅ NEW - get your business listed and your information shared across social media.
Ad
A former Edo state governorship aspirant under the umbrella of the APC, Chief Blessing Agbomhere, was on Monday beaten by thugs at the Benin Airport following his arrival from Abuja. 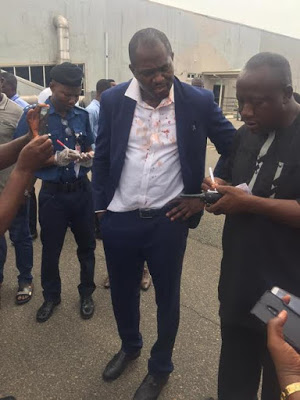 
According to him, one the thugs who approached him at the airport told him that he was warned never to come to Benin after he disrespected their boss, a chieftain of APC.

He was attacked alongside a former governorship candidate of the People’s Democratic Movement in Bayelsa State, Moses Siasia. He accused the current Deputy Governor of Edo State, Phillip Shaibu of masterminding the attack.

Three suspected thugs have been arrested over the attack and are currently being investigated.
T

No more freedom of movement in my dear country
C

You guys should settle it amicably for peace to reign
F

chekwube duru said:
You guys should settle it amicably for peace to reign
Click to expand...

Sue him to court if u have enough evidence

Nigeria my country... I hail thee
A

funke yemi said:
Sue him to court if u have enough evidence
Click to expand...

Haba! Is this still a democratic nation?