A former senior legislator in northeast China’s Heilongjiang Province was on Thursday sentenced to 14 years in prison for accepting bribes.

Gai Ruyin, former deputy head of the Standing Committee of Heilongjiang Provincial People’s Congress, was also fined $291,300 and ordered to return all this ill-gotten gains by the First Intermediate People’s Court of Tianjin, north China.

The court found Gai guilty of taking advantage of his various positions in Heilongjiang to help others secure projects, business opportunities and promotions from 2003 to 2015, according to a press release. 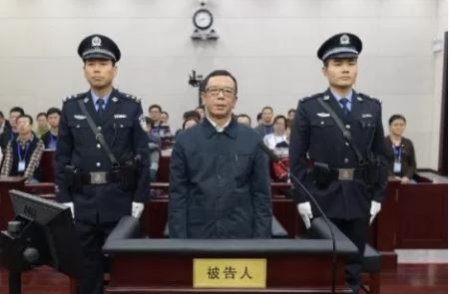 In return, he accepted money and property amounting to more than 23 million yuan personally or through other people, the court said.

The court decided to be lenient as Gai pleaded guilty, expressed remorse, returned his illegal gains and offered information about other crimes.