Curators
For Sale - One Bedroom Executive Flat - Lagos (NGN37m)
✅ NEW - car park, swimming pool, 24 hours light/security and more.
Ad
Some ex-Niger Delta militants have sent a letter of protest to the Minister of Finance, Mrs Kemi Adeosun, over the alleged reluctance by her ministry to release the 2016 supplementary budget for the Presidential Amnesty Programme. 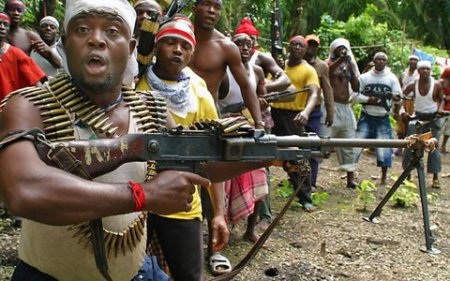 In the letter, they claimed that the non-remittance of the funds was frustrating the amnesty beneficiaries and the ongoing peace process in the region.

The former militants, under the aegis of Leadership, Peace and Cultural Development Initiative, expressed their displeasure after an emergency meeting on Thursday, in Yenagoa, Bayelsa State capital.

The ex-agitators’ meeting, presided over by the President, LPCDI, Reuben Wilson, also known as ‘General Pastor’, urged the minister to promptly release the said funds for an effective management of the programme.

Wilson said, “The release of the budgetary allocation for the Presidential Amnesty Programme will strengthen the ongoing efforts of the Federal Government to enthrone lasting peace in the Niger Delta region.

“President Muhammadu Buhari is working tirelessly to foster peace and development in the region. Therefore, the prompt release of the funds will go a long way in strengthening the efforts of the President towards the enthronement of peace and stability in the Niger Delta.

“The delay in the payment of stipends to the beneficiaries of the amnesty programme will greatly negate the current efforts of the Federal Government in ensuring peace in the region.

“It is pertinent to note that the Presidential Amnesty Programme is a great contributor to the current peace prevailing in the region.”