For Sale - One Bedroom Executive Flat - Lagos (NGN37m)
✅ NEW - car park, swimming pool, 24 hours light/security and more.
Ad
According to the Chief Executive Officer of Exxon Mobil Corp, Rex Tillerson, some of the company's oil and gas activities in West Africa has been disrupted by the Ebola outbreak, including plans to drill offshore Liberia.

“We had some drilling plans for some blocks offshore West Africa in Liberia,” Tillerson reportedly told a news conference to announce $18 million in grants to three Houston hospitals according to BusinessDay.

“We are having to look at when it would be prudent to resume operations there because you do have to have shore-based support," he added.

The company, which has operations in Nigeria and Liberia, is prohibiting some employees from traveling to the countries directly affected by the disease, and is taking precautionary measures related to workers’ families, executive said. 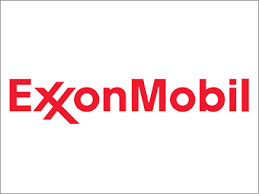