This month revenue dwindled against N510.3 billion shared in August.

Adeosun, said this in Abuja on Thursday at the monthly revenue allocation to Federal, States and Local Governments.

She was represented by the Permanent Secretary of the ministry, Mr Mahmoud Isa-Dutse. 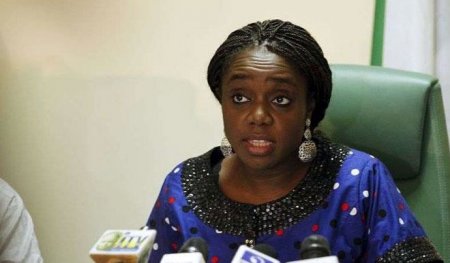 According to her, the revenue allocation to Federal, States and Local Government for September declined by N90.2 billion.

Adeosun attributed the decline to the loss of 45.5 million dollars in Federation export sales, despite the increase in average price of crude oil from 46.06 dollars per barrel in May to 48.4 dollars in June.

“Shut-in and Shut-down of pipelines for repairs and maintenance also contributed to the drop in revenue.

N250.9 billion was from the distributable Statutory Revenue

N6.33 billion was refunded by the NNPC to the Federation

Exchange gain of N41.4 billion and

The minister said after deductions as cost of collection by FIRS, Customs and DPR, the following shared: