Facebook's vice president and senior executive for Latin America has been arrested in Brazil after the firm failed to co-operate with court orders in a drug-trafficking case, police have said.

According to reports, Diego Dzodan, was held for questioning in Sao Paulo on Tuesday.

Court officials in the Brazilian state of Sergipe requested his arrest.

Facebook said it was an "extreme and disproportionate measure". 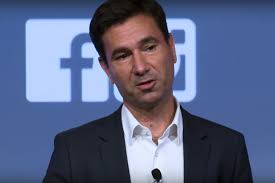 "Facebook has always been and will be available to address any questions Brazilian authorities may have," the company said. It added that the arrest stemmed from a case involving its messaging service WhatsApp, which operates separately from the Facebook platform.

Federal police in Sao Paulo said they carried out an arrest warrant issued by a criminal judge from the Lagarto district, in Brazil's smallest state, Sergipe. A statement released by the force said Facebook had been ordered by a court to provide evidence that would aid an investigation into "organised crime and drug trafficking" that was being heard in private.