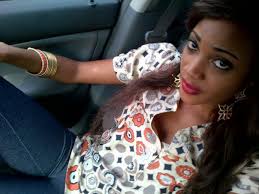 However, in a judgment on Thursday, Justice Olabisi Akinlade who found the accused guilty as charged by the state sentenced them to death for murder.

The judge held that the circumstantial evidence brought by the state in proof of the six counts of conspiracy, murder and stealing against the accused persons were cogent, complete, unequivocal and compelling.

Recall that Justice Akinlade had on January 12, 2017, during the adoption of the final written addresses by all the counsel in the case fixed March 23, for judgement on the case.

It will also be recalled that the murder trial began on February 8, 2013, with the state calling the former receptionist, Ifeyinwa Njebu, at Cosmilla Suites and Hotel, Festac, who was on duty on the day of the incident as the first witness.

Counsel for Orji and Nonso had requested bail for their clients and Justice Akinlade had granted bail to Orji with two sureties who must deposit N500,000 each.

She had ordered that one of the sureties must be a serving Director at Ecobank Plc and the other a licensed pharmacist.